Proposed Changes to Import Legislation: A Turd Rolled in Glitter 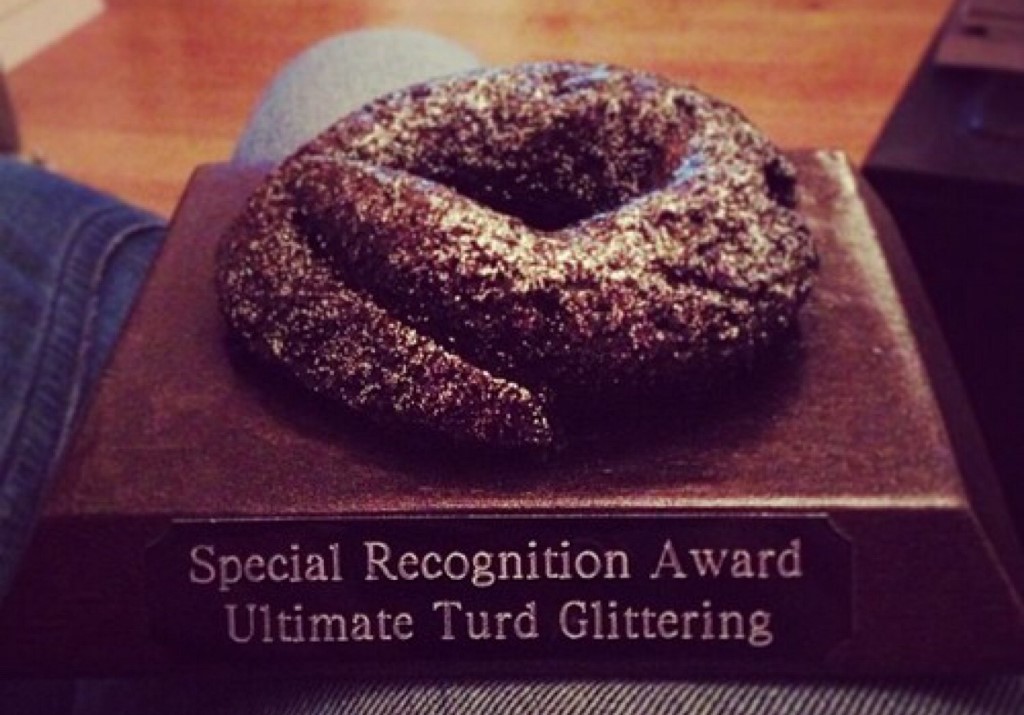 Grab a coffee and a Tim Tam or two; this is a long read!

After four years, two changes of government, and two separate ministers, it has come down to this. Minister for Urban Infrastructure, Paul Fletcher, has announced the proposed changes to the Motor Vehicle Standards Act, which oversees which vehicles are eligible for import into Australia.

The press release in full can be found here.

At first read it sounds fantastic, as though the government is giving us a heap of new options for cars to import, doesn’t it?

Kudos to the media person who wrote it though, because they’ve taken a gigantic turd and rolled it in some industrial strength glitter. As always, the devil is in the detail, so let’s have a look where the problems are.

There is plenty of stuff not mentioned.

Will the pre-1989 rule become a 25 year rule? No idea. Will variants of cars sold in Australia be eligible? Not sure. Will cars be allowed in if the manufacturer doesn’t sell a model in the same vehicle category? Don’t know. As is often the case, legislation is broad. It’s the structure on which the building (the regulations) is built. But with so many pieces of the puzzle still not in place, it’s not hard to understand why many are nervous about what the future holds for the industry.

The Personal New Import Scheme is dead and buried.

This is a backflip so impressive that Olympic gymnasts would even give the ‘not-bad.jpg’ face. The Harper Review recommended it. The Productivity Commission review recommended it. A cost-benefit analysis commissioned by the Department of Infrastructure even showed data that Australians would save between $850m and $1.1b over the next ten years if it was introduced. Paul Fletcher announced that it was coming at the start of 2016. And yet PeNIS (as I have called it ever since it was first announced) has now been shot down in flames.

Why? In short, politics and vested interests. The Federal Chamber of Automotive Industries (representing overseas manufacturers now that there are no local manufacturers to defend), and the Australian Automotive Dealers Association (representing the new car dealers) waged a long, hard campaign against PeNIS so that they could protect their sandpit and continue extorting Aussie car buyers without external market forces pushing their retail prices down. A couple of politicians were so nervous about losing votes that they were prepared to cross the floor and vote against their own party to block it.

The scheme was a classic case of ‘death by a thousand cuts’. By the time it had been pared back, it was virtually unworkable, and its demise came as no surprise to those on our side. More on this one in a separate article later.

The new Specialist and Enthusiast Vehicle Scheme, in all its rotten glory.

But SEVS now only needs one of six criteria rather than two out of four, that is awesome right?

Before I explain why it’s not, a quick history lesson to give you some background: From a high point of around 12,000 cars in 2007, used imported vehicles entering the country through SEVS have been steadily dropping as the eligible vehicles become harder to find overseas. In 2016, we had 142 workshops complying just 6,800 cars. Of these 6,800, 72% were people movers, complied through the campervan loophole. The government has, naturally, made sure this loophole is closed in the revised SEVS, leaving an industry in grave danger, numbers-wise.

In other words, despite assurances that the new scheme would lift total numbers back up to the heady days of 2007 and beyond, the department’s real goal has been to simply replace what has been lost with the removal of people movers. Importers and workshops desperately need volume to stay afloat.

To put it bluntly, the proposed changes to SEVS won’t get the industry anywhere near what it needs to remain viable. Let’s see why.

Performance – a new graduated threshold formula measured from 110 kilowatts per Tonne (kW/T) in 1992, increasing by 1 kW/T each year after.

AIMVIA, the industry association representing importers (please follow them on Facebook!), has long petitioned the department to maintain the current 105kW/T threshold for vehicles currently on the SEVS eligibility list. The higher the number, the more restrictive the benchmark for a vehicle to be considered a performance vehicle, and the less vehicles are eligible. AIMVIA’s advice has been largely ignored, meaning a wide range of currently eligible vehicles will be knocked out when the new scheme is introduced.

Did you know that the average kw/T of the top selling cars in Australia has fallen by more than 10% since 2010? In short, we’re buying smaller, more efficient, and less powerful vehicles. And yet the benchmark for what the government considers a performance car for SEVS in 2017 will be one that clears 135kW/T, more than 60% higher than the average. In Japan, the number of 2017-model vehicles hitting this mark would be less than a dozen (think cars like the Nissan GT-R, Honda NS-X, Lexus IS-F), and most of these are already be sold in Australia, making them ineligible again.

More cars in the 1990s and early 2000s will become eligible, but importers will quickly be faced with the problem of dwindling stock, just as they are now. It’s a classic case of giving with one hand and taking with the other.

Environmental Performance – an objective vehicle technology based on an alternate power source to internal combustion or a micro-car subcategory for low power (low emissions) vehicles.

So hybrids and electric vehicles will be allowed, some good volume in there for sure, right? Think about the reasoning behind this addition to the criteria. Apart from appeasing cross bench Greens senators, the government is effectively putting pressure on new car manufacturers to commit to bringing in more hybrid variants. If the manufacturers choose not to sell hybrids new, their punishment will be facing competition from importers across a range of mainstream models. The result? Manufacturers bring out all their hybrid variants to stop importers doing the same, and hey presto, the potential volumes disappear again.

AIMVIA, in its response to the department’s request for feedback, gave nine recommendations. The addition of kei cars in the low emissions category was at eighth place in order of importance, and yet somehow made it on to the list. Kei car lovers, feel free to rejoice. Will kei cars bring the industry the volume it needs, though? Nowhere near.

Mobility – originally manufactured or fitted from the factory with substantive specialist mobility features to assist people with disabilities.

To some extent this is a carry-over from current eligibility requirements, but there is a sting in the tail – the vehicles must now be mobility vehicles from the factory, rather than retro-fitted. Devastating news for those workshops fitting out wheelchair access vehicles in Australia. Expect job losses, lack of stock and higher retail prices for people who can least afford to pay them.

If you’ve always lusted after a Bugatti Veyron, Porsche 918 or Ferrari La Ferrari, start celebrating and thanking AIMVIA that your car can now be complied without conversion to right hand drive. This was ninth out of nine recommendations, and again, somehow got picked for inclusion while virtually all of the important changes got ignored. To be frank, if the last section hadn’t been included, the rarity category would have been a waste of time, as most rare cars would also meet the performance criterion.

For those of you thinking “great, I can import a late model NS-X because they were only selling 500 a year towards the end”, it’s worth noting that the department will take an average of the sales across the life of the model, which will, again, prevent many makes and models being considered eligible through rarity.

And remember, there is no guarantee that the state transport authorities will register late-model LHD hypercars either, although we’re betting that those who own such cars may have a fairly effective powers of persuasion. Let’s hope they succeed.

This to appease the US conversion workshops, who have mounted a strong campaign of their own in Canberra, partly because they employ a significant number of staff. As cars become more complex, however, conversion becomes more difficult, and exponentially more expensive. A conversion bill of $50,000 might put a dampener on that new $30,000 Lincoln you’ve been lusting after.

The other kicker not mentioned in this release is that only cars and small trucks will be allowed to be converted, effectively killing off the workshops currently converting large trucks like Peterbilts. Wave goodbye to jobs.

Campervans and Motorhomes – originally manufactured as a campervan or motorhome.

When the government said they were closing the people mover loophole, it effectively spelt the end of the road for legitimate camper van manufacturing in Australia. One manufacturer in particular submitted endless petitions to the government so that properly converted camper vans would still be eligible. In their infinite wisdom, they government agreed, but then said the only eligible models would be ones that are modified from the factory, stopping the camper van manufacturing industry dead in its track. More automotive jobs gone.

Seeing enough volume in all of these changes to claw our way back to current numbers? Either are we. As it currently stands, many who have invested hundreds of thousands, even millions of dollars in expanding their businesses will soon be forced to pack up and walk away with nothing if the proposed changes go through unchallenged. How does further heavy job losses in the automotive industry benefit our country? Why is our government to keen to protect the profit margins of overseas manufacturers (who, incidentally, are all now importers themselves)?

The fight is not over yet, dear reader. A number of die-hards in the industry (myself included) have come too far with this fight to back down now. In the next week or so, I will let you all know what needs to be done to turn this thing around. Stay tuned, and thanks for your support.