Red Tape, Greed and Persecution: The Death of a Car Show in Melbourne 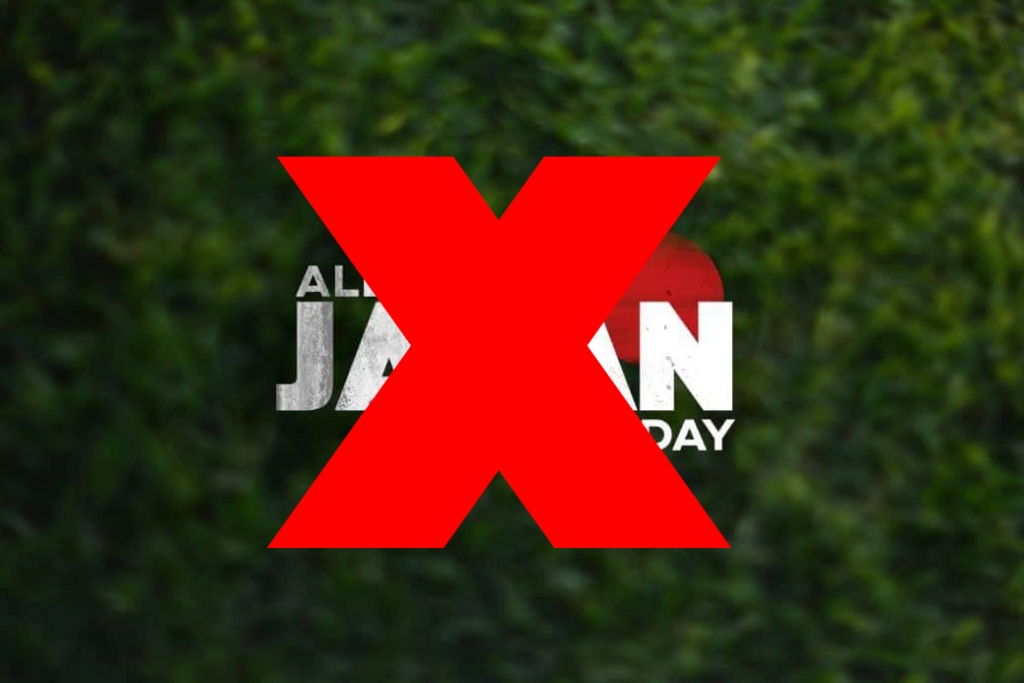 I’m not actually sure where to start with this topic. I think I’m still in shock, but mostly, I’m just exhausted and really disillusioned at how things have arrived at this point.

As many of you will know, I have been part of a team of car enthusiasts who has been running ‘All Japan Day’ in Adelaide for nearly a decade. It was originally started as an anti-Auto Salon, where spectators could come and see cars for free, and car owners could relax on a nice grassed area and talk all things automotive with fellow entrants all day. As has been the case since day one, a committee of five decide on the eligibility of each vehicle, mainly to weed out ‘sex-spec’ vehicles when the event first began, but also to monitor the behaviour of entrants and make sure that the standard of the cars on display remained fairly high. The concept turned out to be quite popular, with 550 entries for the 2016 event in Adelaide. As always, the profits ($7,500 this year) were donated to charity.

Many Victorians had made the trek across to the event over the years, and after years of saying we’d hold an interstate event for them, the planets aligned and we managed what we considered to be a bit of a coup by getting permission from Parks Victoria to host the event at an oval at Albert Park, just near the city centre. Awesome. Having begun discussions around hiring the venue back in March, we set the event date. Parks Victoria had a few issues for us to work through, but nothing that seemed too onerous compared to what we’d already experienced at our Adelaide events. Venue hire paperwork completed, we announced the date and started accepting entries.

That’s when the trouble started.

(By way of a reminder, this is an event which basically parking cars on grass, a few food vans, and not much else. For the Melbourne event, we were only planning for 150 cars, at which point we could cover our costs and make a modest donation to a local charity – we chose the Royal Children’s Hospital.)

Problem 1: The Keyboard Warrior. I don’t normally pay too much attention to ‘haters’ (I feel dirty using that term), but this bloke obviously fancied himself as the defender of Victorian car shows and was determined to pepper our Facebook page with insults and accusations. In his mind, we were simply out to make a profits by claiming we were raising money for charity, then pocketing it ourselves. For those not well versed in the profit-and-loss statements for small car events, the amount of work required vs the profit raised makes them an exceptionally poor way to make money. I, for one, would be far better off devoting that time to my own business if I was purely in it for the cash. Although the All Japan Day group is not set up as a registered charity, we donate the profits because it’s a great message to send to the wider community that car enthusiasts are not simply hoons looking for the nearest road to destroy. Nevertheless, old mate continued to call us liars, Nazis and various other insults throughout the course of the evening before we gave up and blocked him. Plenty of others jumped to our defence, but still, we didn’t really start off on the right foot. Word to the wise – it only takes another one or two to chime in and event organisers quickly start to wonder why they’re bothering.

Problem 2: Victorian Police. All Japan Day has maintained an exemplary relationship with SA Police over the years. We co-ordinate with them to ensure that we have a police officer on deck at various points throughout our Adelaide events to chat to car owners about modifications and where they may have issues. SAPOL will often bring down their display van so that enthusiasts can chat to them about modifications in an non-adversarial environment. It’s a brilliant set up, and given the huge numbers that turn up to have a look around at the cars, we are continually impressed by how docile the crowd is as a result of having a police officer or two wandering around. Having used our connections at SAPOL to contact their counterparts in Victoria, we were hopeful of creating a similar atmosphere in Victoria. No such luck. As friendly as the officer was on the phone, she made it clear early on that no equivalent section exists within Victoria Police. In plain terms, VicPol don’t have any resources devoted to engaging positively with car enthusiasts and preventing them from making mistakes with car modifications, presumably because there’s more profit in catching people doing the wrong thing instead. Requesting police presence at a car event would be handled by the Local Area Command, and even then, attendance would be ‘subject to operational requirements’. Again, this sort of wording was beginning to sound suspiciously like ‘we’ll be too busy to come down and help you during the day, but we’ll be quite happy to set up a defect station at the exit of the event’. Hardly confidence-inspiring.

Problem 3: Royal Children’s Hospital*. This is where things started to get interesting. Having contacted RCH to tell them that we were raising money for them, the response we received was…puzzling. In short, RCH wasn’t prepared for us to put their name to the event unless they would be receiving at least 60% of the total takings, making them one of the first charities I’ve ever met to completely look a gift horse in the mouth. In other words, if event expenses totalled $3000, we would need to raise a total of $7,500 from the event to meet RCH’s standards. At $20 per vehicle, we would therefore need to get at least 375 vehicles to the event to make the cut. A big jump up from the original 150 target!

Problem 4: Parks Victoria. And then came the knockout blow. Five weeks out from the event, we were asked to submit a site plan with a list of things we needed to include. No map was provided with which to do this, nor any instructions or advice on layout, so I was forced to take a screen shot of the venue from Google Maps and photoshop everything over the top. Classy. And laborious. But nevertheless, it was submitted, along with what we considered to be a fairly comprehensive risk management plan to cover off all the requirements from Parks Victoria. Katrina, one of the AJD team, had been working tirelessly over a number of months to make sure everything was in order. Again, the staff member at Parks Victoria was exceptionally helpful, but the red tape for what is, effectively, parking cars on grass was nothing short of astounding.

The email reply to our paperwork is one of the most amazing written documents I’ve ever seen, simultaneously magnificent and horrifying. The list of amendments that they wanted made to the event came to a total of forty two. FORTY TWO! A waste management company needed to be engaged (the quote ran to over $800 for the supply and collection of a few wheelie bins). Despite us already being trained in traffic management, an independent traffic management company needed to be engaged (we didn’t even get far enough to get a quote on that one, but work on at least $500). Even though police would be attending the event, a security company needed to be engaged (another $500). Portable toilets needed to be hired (another $3-400). If we were expecting 150 cars at the event, the site map had to have 150 cars, scaled properly to the map, individually arranged to show they would fit on the venue. Sure, I have three hours to waste.

My favourite demand was, because there were temporary public toilets at the playground adjacent to the venue, WE would be responsible for “providing additional consumables and monitoring cleanliness”. Yes that’s right, on top of hiring toilets, we would have to supply toilet paper and paper towels for their existing toilet facilities and go and regularly check to see if they were clean enough!

Having done some rough sums on the projected costs for meeting all these requirements, we soon discovered we would need to get more than 300 entrants through the gates, just to break even, more than double our original estimate. In order to make our donation to the Royal Children’s Hospital, we would therefore need to have more than 750 entrants attend. We couldn’t even physically fit that many cars on to the venue! 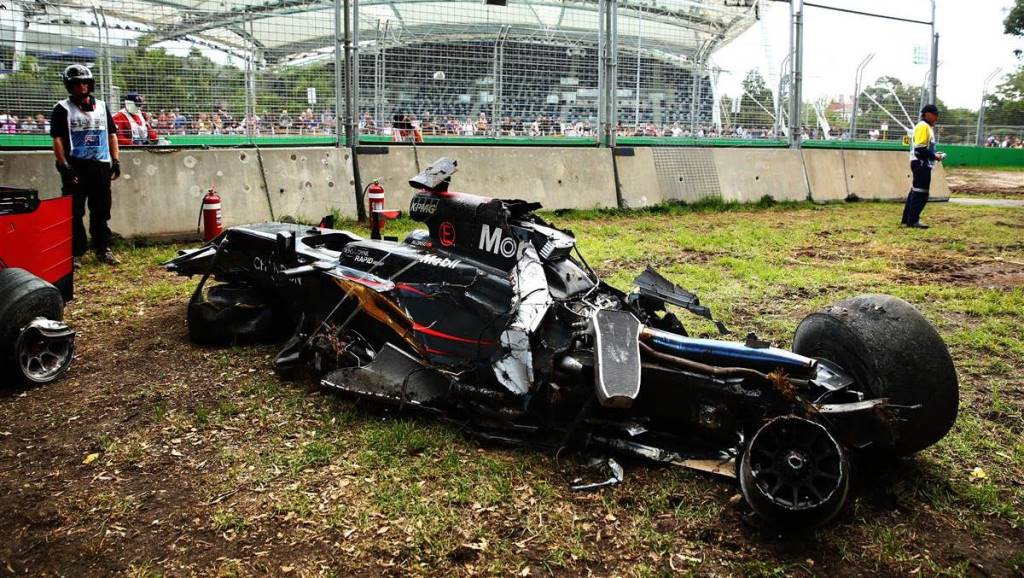 We briefly discussed the option of a last minute change of venue (and subsequently ruled many of them out for fear of backlash surrounding using the same venues as other car shows), but instead made the decision to cancel the event all together. As I write this, the whole failed exercise has cost us around $600 and a whole bucketload of wasted time and effort. Obviously all the 120 people who entered will now need to be refunded, one at a time. I’m sure many will be quick to tell us where we went wrong online, or that we should keep battling on, but right now, we felt we needed to take a step back and admit defeat.

Maybe tomorrow, I will wake up and feel more positive about hosting another event in Melbourne next year, but for now, it seems as though the forces that seemingly conspire to prevent car enthusiasts from meeting in a safe, sensible environment have managed to beat us into submission, never to return.

Next time you go to an awesome car event, make sure you catch the organiser and tell him/her how much you enjoyed it. It makes a difference. Event management is a damn sight harder than most people will ever imagine. For those who persevere and manage to host a successful motoring event in the current day and age – especially in Victoria – I salute you.

* originally read Royal Women’s Hospital, amended for accuracy. Our apologies to RWH. We’re sure you do a great job and accept donations without strings attached!