The Rise of the Entitled Douchebag 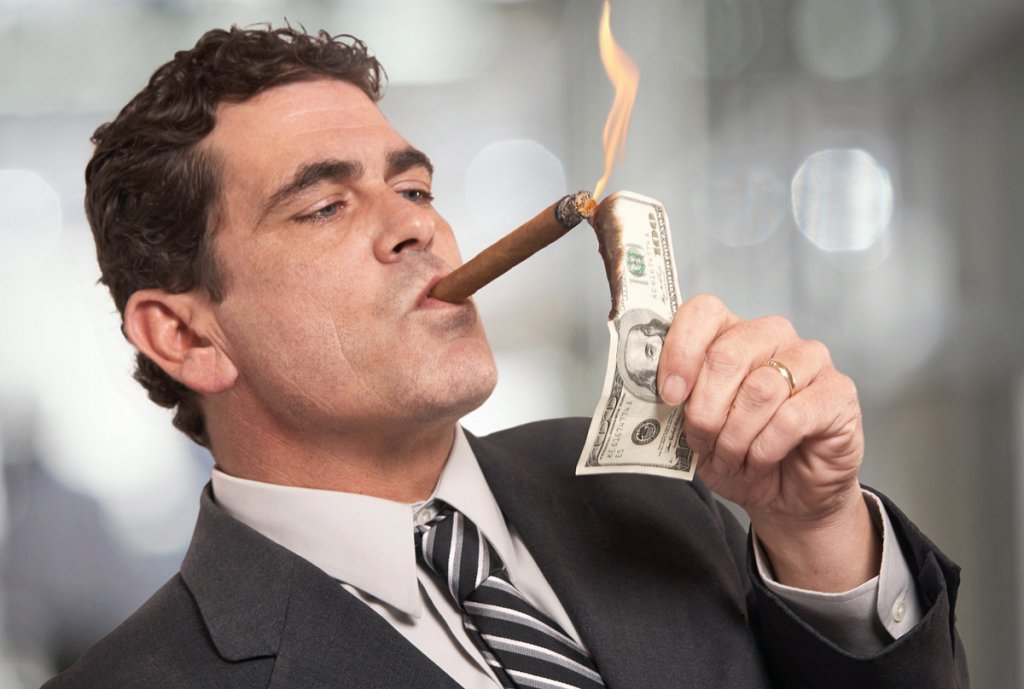 Unless you’ve been hiding under a rock, you will have noticed that, of late, the western world’s distribution of wealth is becoming less and less equal. In other words, the rich are getting richer, the poor are getting poorer. In Australia, we even encourage ‘wealth creation’ strategies that prevent some people from buying their first house so that others can buy their tenth.

In the automotive world, it’s interesting to see how this translates to sales of various makes and models. As our middle class has disappeared, so too have Japanese sports cars in the $60-70,000 range, traditionally the domain of those with a little bit extra in their pockets to buy something nice. Of course, while there are more people dropping down the ladder, there are more millionaires too, so sales of sports cars in the $250,000 plus range are going gangbusters, breaking new records year-on-year.

As a self-made minutely-partial-millionaire business owner, I completely respect those who have achieved success in the business world purely off the back of a brilliant idea, sheer determination or superior business nous. I also respect those who’ve worked their way up the corporate ladder because of their ability rather than their connections. I’m very lucky to count such people as friends and business associates. (I could write another entire article about how it’s sad that modern society considers a business’s bank balance the only indicator of success, but I digress. It can be hard to break through the glass ceiling, especially if you’re not a white male).

But then there is the rest of the upper class. Some people were lucky enough to buy their houses for stuff-all before prices went crazy, and are now multi-millionaires as a result, having used the new-found equity in their houses to build their ‘property portfolios’. They’re the ones who are quick to tell you how well they’re doing at dinner parties, as though their success was their own doing rather than simply being an adult at the right time in history. Others are lucky because they’re born into wealth; it’s far easier to be successful in life with financial support from ‘the bank of mum and dad’. You may be familiar with this hypothetical scenario: Junior tells Dad he wants to start his own business. Dad drops a wad of folding on Junior’s new venture to keep him occupied (partly because Junior doesn’t want to work for someone else – that’s for common people). Of course, Junior will burn through a heap of cash, but it’s all good, because Dad can claim any loss as a tax write-off.

There are exceptions, of course, but as a general rule, those who are filthy rich as a result of good fortune rather than hard work are Entitled Douchebags. EDs believe that they somehow deserve what they’ve given; that they should be afforded respect from others purely because of their money, even if they didn’t earn it themselves. The rules, as they apply to the general public, don’t apply to them. Breaking the rules isn’t a matter of right or wrong; more a matter of how much it will cost in fines or lawyer’s fees.

Entitled Douchebags aren’t too hard to spot on the road. Firstly, their choice of car. Hint: If your parents buy you a new BMW 320i as your first car, you’re well on your way to becoming a douchebag. Take it as a warning sign. If you insist on your 320i having the M-Sport kit, dressing it up with M3 rims and badging, then it’s too late. You’re already there. Most of the population will live their entire lives and never be lucky enough to afford a new BMW, but Entitled Douchebags are too busy to appreciate such matters. Instead they’re off picking up their latest gold-digger girlfriend from the private girls’ school in a neighbouring suburb.

Older EDs will exclusively choose something European and exotic. There are plenty of Lamborghini and Ferrari owners who love driving and take them out into the hills or to the track to give them a workout, but there are many more driven by EDs that struggle to make it out of third gear on any given commute. An aftermarket exhaust is a must, so the world knows you’re clearly driving a supercar. Excessive use of the flappy paddles on the steering wheel is also mandatory – rev matching on downshifts is clearly the coolest thing ever, and it’s imperative that other motorists know about it. Indicators? Optional. EDs’ cars are fast enough that they can plant the throttle and be off in the distance before anyone knows they’ve changed lanes, apparently.

When you’re an Entitled Douchebag, the whole world is a parking space. Disabled parks have more room and they’re right in front of the shopping centre, so everyone can check out your Lambo as they walk out, while the girl in the wheelchair is forced to park at the other end of the carpark. If that’s not available, just take up two normal spots. People will surely understand that you love your car and don’t want to get dings in the doors. 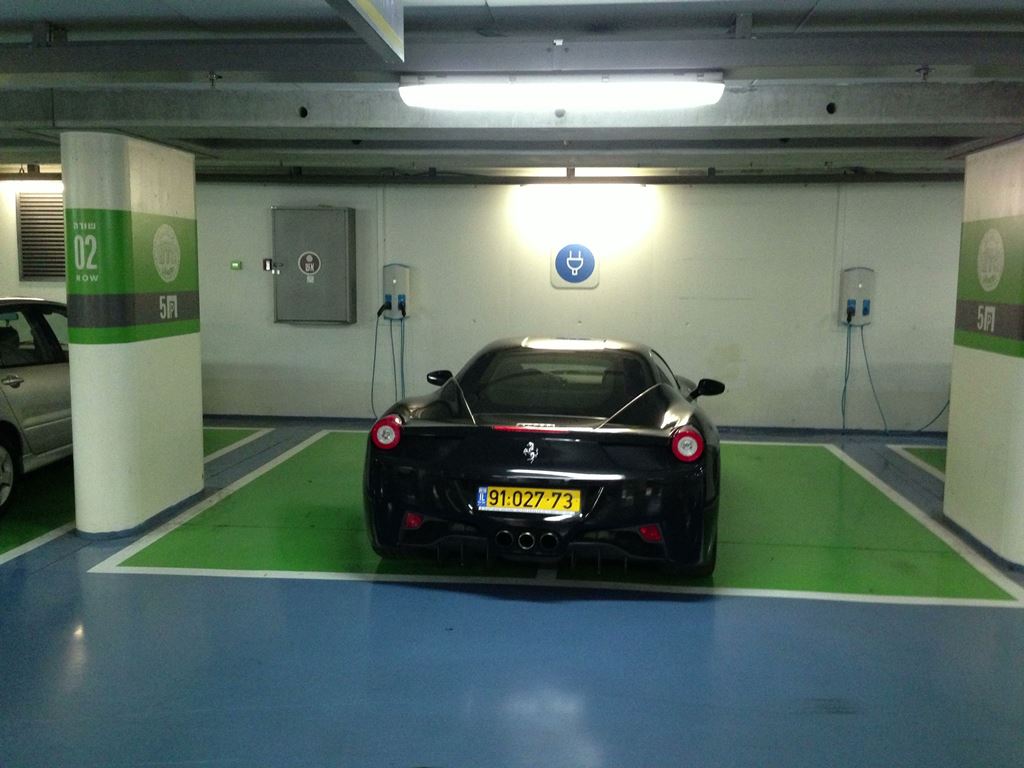 Recently, someone posted up a pic of an Aventador on a popular Facebook page, ‘calling out’ the owner for being an Entitled Douchebag. I should start by pointing out that I’m not a fan of this kind of stuff. If you really have a problem with someone’s driving, call the police, don’t take a photo and whinge about it online. But the comments that followed were what got me, including this pearl of wisdom on my personal FB page:

“Jealousy is a curse….you want to id people when you say they didn’t indicate that’s “heresay” no proof,also even if he didn’t it’s no your business, that’s why we have police, police aren’t around is nobodys fault, why don’t you go photograph a robbery or a murder and make good use of yourself instead of whinging like a bitch?”

Putting aside the grammatical errors and obvious flaws in the argument, I have to say, there were a vast number of similar responses to this situation. People like this are Douchebag Enablers.

Douchebag Enablers are often Entitled Douchebags themselves, engaging in ED circle-jerks with their mates to help each other feel even more entitled. But more often than not, Douchebag Enablers are regular hard-working Australians, who write things like “well if I had a car like that, I would be a douchebag too”, hoping that one day they will actually work their way up to ED status, as though being a douchebag is something to strive for in life. If you are this type of Douchebag Enabler, cut it out. Right now. Douchebag Enablers are often the ‘fake it till you make it’-types, listing their job as an entrepreneur (translation: living at home, possibly on the dole or scabbing off mum and dad) and taking a lifetime’s worth of photos on a Supercar Drive day so they can post themselves driving exotics with inspirational tags like #livingthedream or #mytimeisnow or #forevergrateful or #startedatthebottomnowwehere.

Please stop. We can tell.

Am I jealous? Not really. Exotic cars are expensive to buy and expensive to maintain, and for the most part, don’t make financial sense, given their rate of depreciation. The money I would tear up in depreciation can be better spent elsewhere. I love driving super cars, but it’s a classic case of ‘a nice place for a holiday but I wouldn’t want to live there’.

Ultimately, my opinion of supercars is beside the point. If you want to be an Entitled Douchebag at a restaurant and make the waitress feel shit about how your steak is overcooked, go right ahead. If you want to be Dan Bilzerian and snort coke off a Playboy model’s butt, knock yourself out.

But driving on public roads is a team game, as much as we would like to think otherwise. We rely on our own driving ability to make sure we don’t die, but we rely on all the other drivers not to kill us too. Road rules don’t just exist to give police something to ping us for. They help us understand what other drivers are thinking, or what they are planning to do. When Entitled Douchebags decide that the road rules are only about ‘doing what you’re told’ and therefore don’t apply to rich people like them, suddenly they’re risking the safety of other road users, not just themselves.

The laws of physics apply to everyone, even douchebags; no amount of money can buy your way out of them. When a douchebag stuffs up and wedges his Lambo under a bus, sure the airbags will probably save him and his insurance will pay out for a new car, but that will be cold comfort to the poor bastard who spends the rest of his life reliving the moment he ran over to check on the ED after the accident, expecting he would find the douchebag’s head completely severed off.  Or the family of the kid who died for no other reason than her mum whose only crime was not being able to afford a car that was newer and safer when it was ploughed into by a douchebag.

Shit’s not a game where the rules are optional, kids. If you want to be an Entitled Douchebag, take it to the track.