How the changes to Importing Regulations will affect you – Part 1 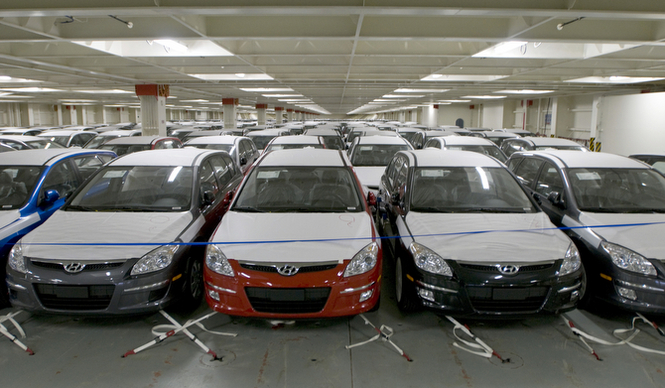 It’s worth starting by acknowledging the incredible effort that has gone into achieving what we’ve achieved today. This process has taken nearly two years, and import industry representative groups such as the RAWS Association and AIMVIA have been tireless in their battle for fairness in Australian vehicle marketplace.

Special mention must also go to Senator Ricky Muir and the team from Australian Motoring Enthusiast Party – without their intervention, we may well have struggled to find anyone willing to listen in Canberra. Their support for the little guys has been unwavering right from the start, and hugely appreciated.

Extra special shout-out goes to me, too, for writing countless submissions and going back and forth to Canberra numerous times to help push some of these changes through. I’m hoping you guys will remember my efforts when you consider importing, when others in the industry sat on their bums and did nothing.

1) THE PRE-1989 RULE BECOMES A 25 YEAR RULE.
This is a huge step forward, and means that many cars (hello Honda NS-X!) will become eligible and won’t go through the normal SEVS compliance process. It also means many other US vehicles also become eligible and can stay LHD in some states. Hopefully it means the state governments will bring their LHD registration requirements into line with the change. The downside is we’ll be competing against the US for classic cars ex-Japan, but that will only really affect R32 GT-Rs, Honda Civics and old Datsuns.

2) VEHICLES UNDER 12 MONTHS OLD AND WITH LESS THAN 500KM ON THE ODOMETER CAN BE FREELY IMPORTED FROM COUNTRIES WITH EQUIVALENT SAFETY STANDARDS.
You know those rare Porsches that we only seem to get 10 examples of through dealers and they all disappear to their mates? Stuff them – import your own (through us!) from overseas. This was off the table for a while, but is now back in. It also means we can access new cars from overseas that may have a lag time (hello Subaru Levorg) through official channels. Be prepared to pay for the privilege, obviously, and don’t expect a huge difference in price between what is paid there and the same car sold new, but it DOES allow virtually any model to be imported new. Private importers can only use this once every two years.

3) THE $12,000 IMPORT TAX WILL BE AXED.
This old one-off tax dates back more than 20 years, to a time when cars could be imported without import approvals. I’ve never seen it applied to a car since I’ve been in the game, so it’s more getting rid of old legislation than anything exciting and new.

4) ALL IMPORTED VEHICLES WILL BE INDEPENDENTLY INSPECTED PRIOR TO FIRST USE.
The federal government is trying to crack down on odometer tampering and poor quality vehicles slipping through the net. Hopefully this change will go a long way to cleaning up the industry.