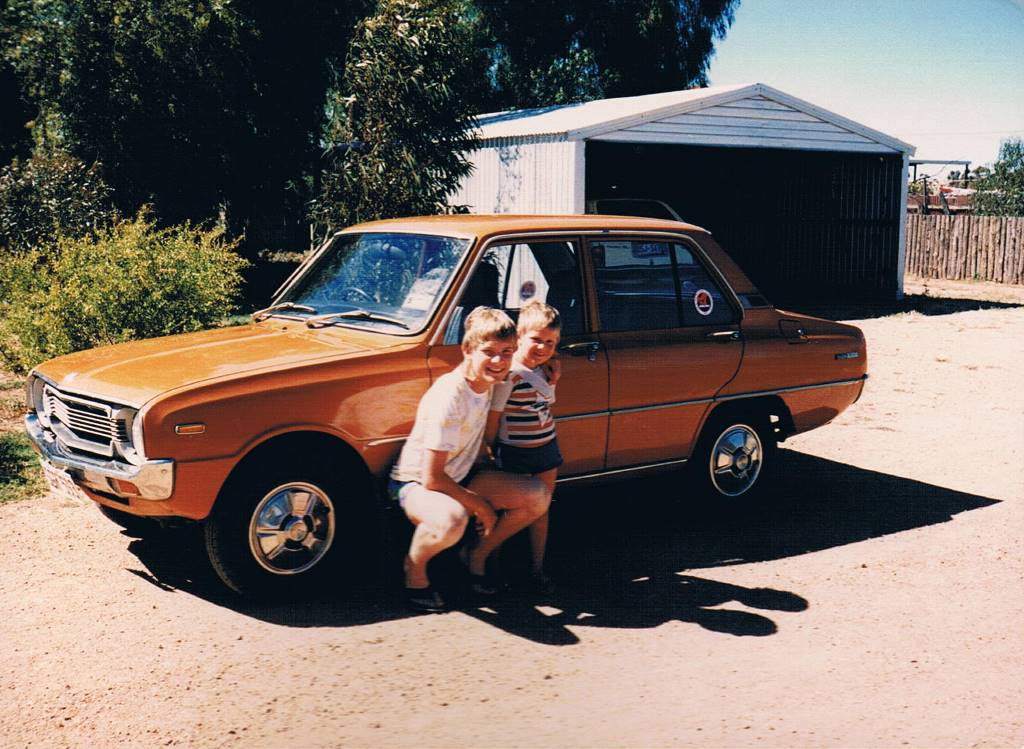 By the time I’d finished with it, it had 13×5.5 Globe Bathurst rims, Ramflo air filter, cassette player and colour coded bumpers. Livin’ the dream.

I’m probably showing my age a little here, but my first car was an orange 1974 Mazda 1300 sedan, which I bought from my parents.

‘The Jukebox’ really didn’t have much going for it; 0-100km/h in about 5 minutes, a top speed somewhere around 130km/h, un-boosted brakes which meant I had to mash my foot to the floor to slow down at a reasonable rate, and 155/75 tyres which resulted in a transition from grip-to-slip at laughably low speeds. The result of all this was that, because the acceleration was so poor, I had to sit well back from the car in front and plan my overtaking manoeuvres well in advance when I was on the open road. Because the brakes were so poor, I learnt to look further down the road rather than just at the car in front of me when I was in traffic, because most of the time, the car in front of me would pull up far quicker than I ever could. Because the handling limits were so low, I was able to learn about the finer points of both oversteer and understeer without wrapping myself around a tree or taking out other motorists.

Of course, society has become far more affluent since I began driving, so many young drivers are hopping into cars that are vastly improved in all areas of performance. The one thing that has always remained constant, though, is that a poor car with a good driver will always beat a good car with a poor driver.

A few weeks ago, I found myself driving a customer’s dead-standard Aristo along a fantastic stretch of winding road called ‘Chain of Ponds’ in the Adelaide hills. With the car not being my own, I was hardly in a position to be driving it too hard, and let’s face it, Aristos are more suited to cruising than hustling along winding back roads anyway. Even still, I was moving at a fairly decent rate when another car rapidly came up behind me and attached himself to my rear bumper. I suddenly found myself spooling up the turbos far more often in an attempt to teach this bloke a lesson, given that my land yacht was packing more than twice the horsepower of his car. On straight sections I’d pull away from him, but as soon as we hit the tighter stuff, he would be back again, our bumpers nearly trading paint.

In the end, we reached an overtaking lane and I let him go through, then watched him race off into the distance. What car was he driving? A mid-1990s Camry station wagon! Despite the poor choice of weapon, I couldn’t help but admire how well the driver knew the limits of his car. He was smooth and consistent with his line, he used his brakes just hard enough to avoid the back end of the car wandering too much as he entered corners, then got on the throttle nice and early coming out. Given how well he also knew the road, I presumed this guy to be a local, and so I’d be intrigued to know how many other people he has humiliated in his Camry wagon over the years. 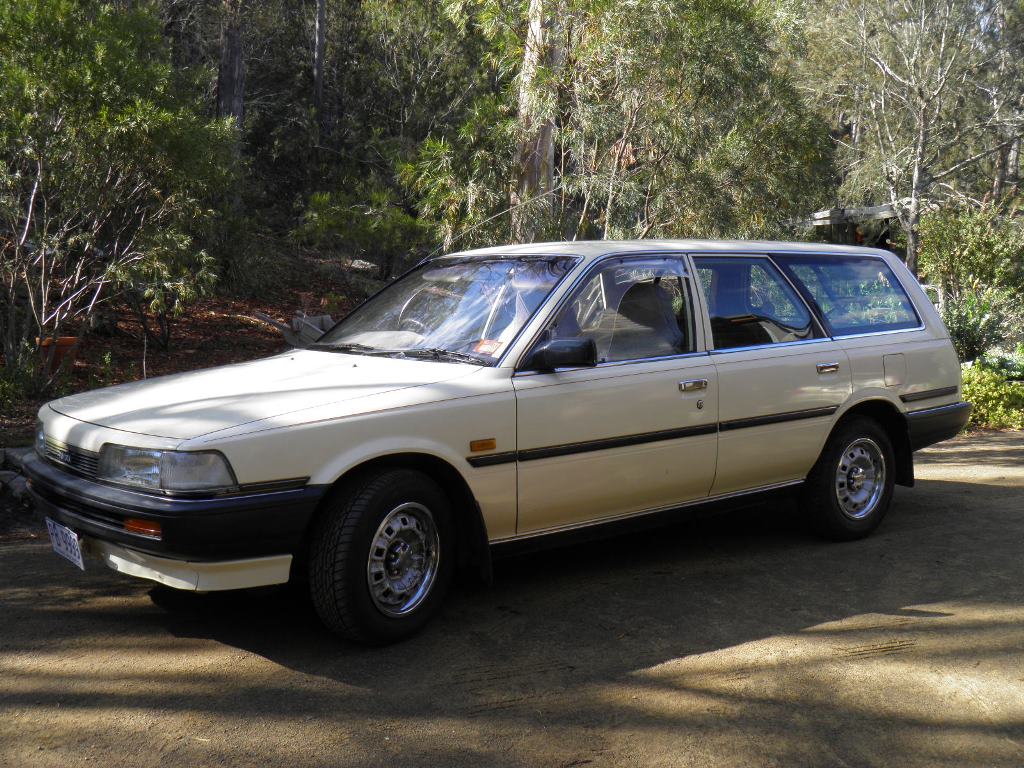 I also remember a young bloke in a dead standard Holden Barina (the original Suzuki Swift model) sticking with a gaggle of heavily modified Mazda rotaries through the Adelaide hills on a night cruise, and more recently I watched with great amusement as an Evo 8 driver was unsuccessful in his attempts to shake an RX-3 from his tail. Like I said, a good driver in a poor car will always beat a poor driver in a good car.

So if you’re stuck driving a stock Commodore Omega that belongs to mum, don’t use it as an excuse to switch off – be actively involved in the driving experience. Perfect your craft in the car you use most often, learn its limits (preferably in a controlled environment like a racetrack!), and develop a feel for how it behaves in certain situations, so that when you finally have the opportunity to buy the import of your dreams, you have some understanding of car control.

Conversely, don’t assume that purchasing a 400kW Skyline will suddenly make you God’s gift to driving. Far too many drivers in big-horsepower cars end up wrapping them around trees or smacking them into guard rails because they have no idea how the car is going to behave in certain situations. Anyone can mash their foot to the floor on a rolling start in second gear and kick everyone else’s backside, but that just means the car is good, not the driver. Truly skilled drivers can look just as impressive in a Hyundai Getz as they can in an Evo 8. Remember that next time you come across a Camry station wagon in the hills.