HID headlights: the Pros and Cons 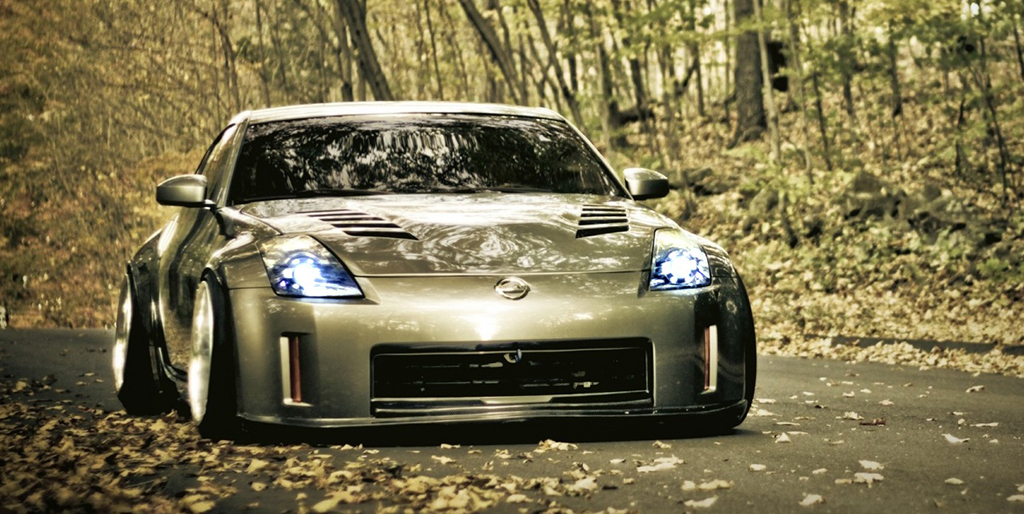 I will start by warning you that this column contains small snippets of facts padded out with large chunks of personal opinion, so don’t try quoting me word-for-word down at the pub and then suing me when you get laughed at or pounded into the carpet. This month’s topic is headlights, of the HID/xenon variety. Ok are you paying attention? Let’s go. Unlike a ‘regular’ halogen bulb, which burns a little tungsten wire inside halogen gas, xenon bulbs work more like the fluorescent lights you sometimes have around the house – electricity is passed through a tube filled with xenon gas, with the resulting arc producing the light. The next thing you need to understand is that emitted light has a colour temperature (measured in degrees Kelvin) – the lower the temperature, the redder the light is, the higher the temperature, the bluer it is.

If you haven’t worked it out already, xenon headlights are the shizzle. Why? Firstly, they are more efficient at converting electricity into light than halogen bulbs, so when you see a car with xenon headlights coming the opposite way, no you’re not imagining it, they really are brighter. If you want another nifty test, feel halogen and xenon headlights after they’ve been on for a few minutes and you’ll notice that the xenon headlights are much cooler because they’re turning that heat into extra light, effectively. They also produce a much ‘whiter’ light than halogen bulbs, with factory-standard xenon bulbs operating at around a 5000K colour temperature rather than the 2700K of a halogen bulb. Natural daylight falls somewhere in the 4000-6000K temperature range, and various studies have shown that this range is also the ideal for the human eye discerning objects at a distance. To give a real-world example, if you’re barrelling along at 110km/h on a pitch-black night, you’ll spot a kangaroo far earlier with xenon headlights than with halogen ones, partly because they’re brighter, but also because they’re whiter.

Here’s where it gets messy – in the European Union, people started kicking up a stink that xenon headlight-equipped cars were blinding oncoming drivers, so it became mandatory for all such cars to also be fitted with automatic levelling devices and some kind of headlight washing system. Americans, bless them, considered their right to have xenon headlights to be more important than blinding everyone else, so they can fit them to just about anything. Murphy’s Law being what it is, Australia chose to follow the lead of the EU, and Japan followed the USA’s, and as a result we end up with a whole stack of cars being imported to Australia with xenon headlights that don’t comply with our Australian Design Rules (ADRs).

Many of the Japanese imports brought into Australia come with automatic levelling already fitted, but for compliance workshops to install headlight washers quickly became problematic. Not only did it cost a whole lot more to comply, the washer units usually looked fairly crude, ruining the look of the car. Imagine perving on Mila Kunis, only to find out she had a massive pimple on each of her cheeks and you’ll understand. The cheapest alternative was (and still is) for workshops to cut the xenon tubes out and install inferior halogen bulbs in their place. Not only is it environmentally unsound, but fit a halogen bulb to a headlight reflector originally designed to work with xenons, and you end up with headlights that are, quite frankly, very bloody dangerous. All this because our government has decided that motorists can’t be trusted to clean or adjust their own headlights! I will quite happily admit that, once I have my freshly imported cars on the road, the first thing I do is refit the xenons – I’d rather cop a defect notice than compromise the safety of my loved ones.

There’s one other scenario that annoys me more than having to remove perfectly good xenon headlights – that’s seeing people fit xenon headlights to cars that never came with them from the factory. Xenon headlight systems have become more affordable over the years, courtesy of China and eBay, and so we now see them being fitted to anything from EF Falcons to 60 series Landcruisers.  I’m not about to deny anyone the right to have better headlights in their car as a means to safer night driving, but let’s face it, most people buy them because they like to show off to their mates and members of the opposite sex – in other words, it’s the headlight equivalent to fitting 20” chrome wheels or painting a dragon on your bonnet. The problem is that the headlight reflectors aren’t designed to be used with xenon headlights, which are far brighter than the original halogens. Combine that with an owner’s attitude that “maintaining a car means putting fuel in the tank” and suddenly average Joe driver soon gets sick of regularly being dazzled and starts to think all xenon headlights are for knobs. If you’re regularly being flashed by oncoming traffic because they think you have your lights on high beam, get out the car and adjust them down. NOW.

If you absolutely insist on running xenon headlights, then there’s a fine line between cool and tool, so make sure you’re on the right side of the ledger. As already mentioned, natural daylight falls somewhere in the 4000-6000K temperature range, so manufacturers generally also keep their xenon headlights in that range because it’s the most effective for night driving. For city use, 4300K is the best option, and if you’re regularly driving in the country, apparently 6000K is better as high beams for spotting potential roadkill. If you really must impress your mates, then 6000K is the highest you should go. Any higher than that and you’re well into the blue light range, and the higher you go, the LESS effective your headlights are. If you are seriously considering running 8000K, 10000K or 12000K xenon headlights, then save your money and go and stick some blue cellophane over your current halogens. Driving around with cellophane stuck to your headlights will look just as stupid as blue xenons, and be just as unsafe. If you get defected for it, it serves you right.