Speed Limits vs Common Sense: Where do we Draw the Line? 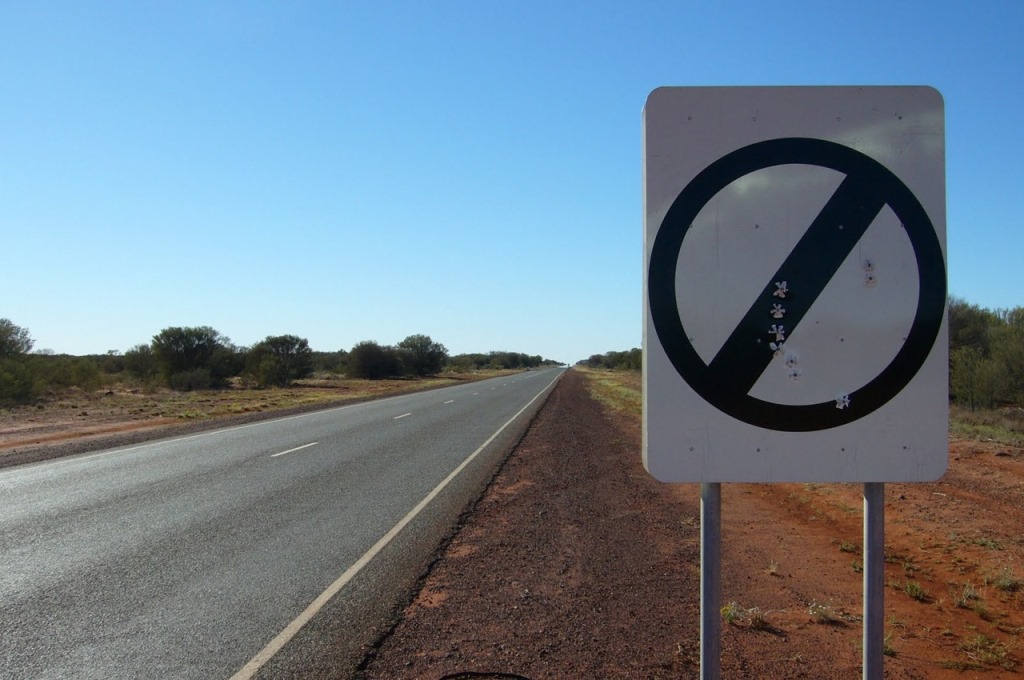 I’ve recently had two rather interesting experiences, both of which relate to speed and how it’s policed in our country.

The first one cost me one demerit point on my licence and $220 – about half-way through a 7-hour drive to my in-laws’ farm, I got pinged by a highway patrol car with a roof-mounted radar, doing 122km/h in a 110km/h zone, just outside Port Augusta. My children, having never seen their father have a brush with the law before, burst into tears, thinking I was about to be handcuffed and taken straight to prison! In the meantime, I had struck up quite a conversation with the two police officers who pulled me over. It turned out they were local cops, and they had been fairly hot on speeding in their patch because they’d had to attend a few very nasty fatal accidents in preceding weeks. The cynic in me could argue whether excessive speed had been a contributing factor in these accidents, but in the end, I’m not going to whinge about a fine when these poor blokes are the ones who have to deal with tangled car wrecks and dead bodies. I wouldn’t do it for quids. Once they’d realised what I did for a living, they admitted they were both were car nuts, and one even took my card so he could start looking for an R32 GT-R. I could yet end up in front financially!

The second experience also occurred out on the highway. On a broad, open stretch of 110km/h speed limited dual carriageway, motorists were greeted by ‘Roadwork Ahead’ signs and gradually reduced to just 25km/h. Of course, there were no roadworkers or even machinery anywhere to be seen, no excavated shoulders, no sudden changes to dirt or any other nasty surprises. The road was exactly the same as the stretch we’d previously been cruising at 110km/h. Can you guess what happened? After crawling along for about a kilometre, drivers soon got sick of it, and crept up to about 60km/h, then eventually back up to about 90km/h or so. After about 5 kilometres, we finally reached the roadworkers, who, predictably, were having a smoko.

The lesson I’ve learnt is that drivers will generally travel at a speed that represents common sense for the conditions. Anyone who has been to the Northern Territory will know that, in the absence of a limit, most people would cruise at 130-140km/h, not try and hit Vmax at every opportunity. The ridiculous limit imposed by the roadworks was eventually ignored by motorists, because the conditions and design of the road didn’t justify travelling so slowly. Of course, had a police officer positioned himself a few kilometres down the road from the 25km/h sign, he could’ve paid off the national debt in under 24 hours, and the do-gooders could’ve jumped on their high horses and said we should’ve all obeyed the speed limits when we complained that the fines were unfair.

In a less extreme form, this same theory applies to a vast number of city and country roads.

Back in the day, appropriate speed limits were determined by what is called the 85th percentile. You can Google for more info, but roughly speaking, if you were to send 100 motorists down a stretch of road and drive at a speed they felt was fair given the conditions and the road design, the correct speed limit set for that road would be one on which 85 of those drivers were on or under it. It’s quite a clever way of collecting data from something which is effectively gut instinct; it can be applied in all situations, and has been proven to work.

The problem is, our governments are now ignoring it.

If you drop a speed limit to, say, the 50th percentile, you end up with half the drivers speeding along it. Great if you want to reap in more cash from speeding fines. The problem is it also causes massive frustration levels for drivers, and can actually increase the accident rate.

When a major arterial road or thoroughfare has its limit reduced to 50km/h without good reason (aside from a few whingeing residents who choose to live on a main road then complain to their council that people drive too fast), quite often motorists will simply ignore it and keep travelling along it at 60km/h, because the new speed limit makes no sense whatsoever for the conditions or the design of the road. Cue the speed cameras and various other speed detection strategies designed to ‘ensure compliance’.

For all our governments’ bleating about speed cameras saving lives, it’s time to start paying closer attention to where these cameras are being placed in order to assess their true intentions.

If they’re putting cameras where people have the most speed-related accidents, then all well and good. If they’re simply putting them where people speed the most, in order to ‘ensure compliance’, then we’re getting fleeced, and questions need to be asked.