Life inside a Toaster: Owning the World’s Squarest Car 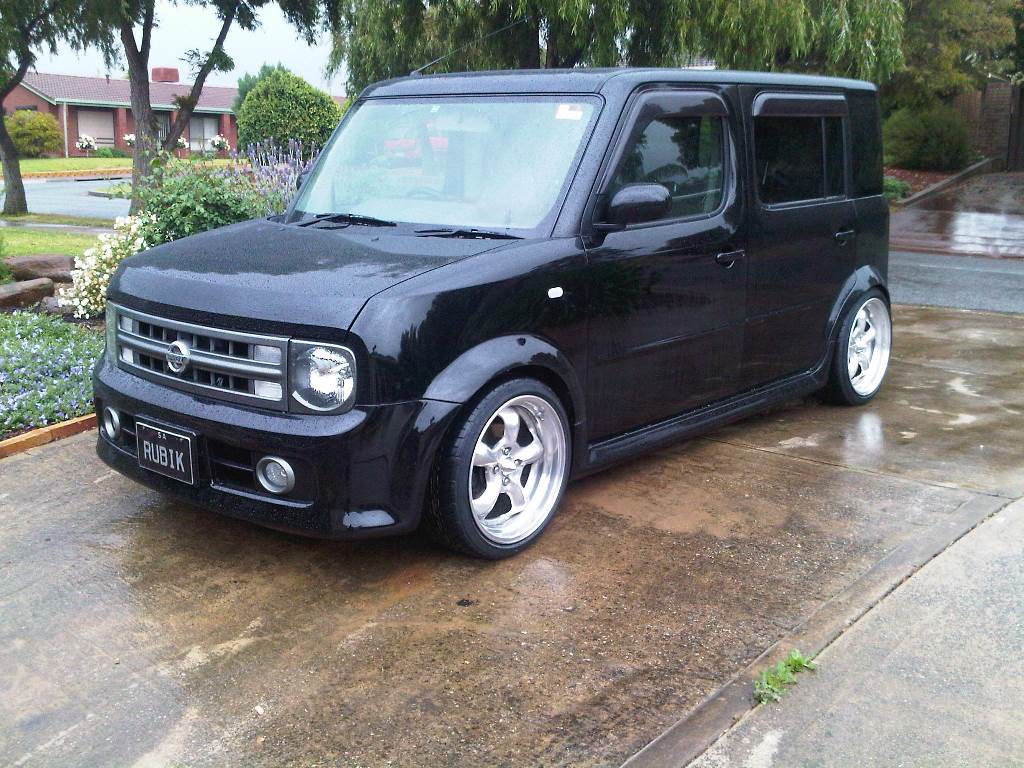 As a car fanatic, working as an import broker is, for me, pretty much my ideal job: who wouldn’t want to sit and look at and talk about cars all day? But I have a confession to make – I’m a bit of a ‘car tart’. It’s the downside to being exposed to some of the sexiest cars on the planet each day. I ended up with a gorgeous RX-7 when I went to Japan and fell in love with it at first sight at the end of a very busy and successful week at the auctions. I bought an R34 GT-R I happened to spot online whilst searching the auctions for a customer (who was looking for a blue one), and this was before I’d even worked out how on earth I was going to pay for it. An Evo 8 ended up in my driveway because I had always wanted one and my agent bought it especially cheap, so he gave me first dibs on it. Currently, I’m lusting after a KGC10 Skyline, and by the time this article goes to print, the right car may have already been purchased.

I came to realise the other day that I had gone 10 years without owning a drive car that has had less than 206kW, and in fact many have had significantly more than that amount. This makes what I’m about to tell you even more bizarre.

The latest addition to the Iron Chef garage is automatic, has a 1.4 litre engine punching out 72kW (unfortunately, that’s not at the wheels either), currently has 15×5.5” alloy wheels and drum brakes on the rear. What’s more, after just a few weeks of ownership, I am completely besotted with it, and have probably spent more on mods for it than just about any other car I’ve owned. What is it? It’s a Nissan Cube! As always, the purchase at auction kinda happened by accident: I was browsing through what was coming up at auction day after day, thinking it might be handy to have for ferrying kids (and their friends) to and from school. Then ‘the one’ appeared.

It was a 7-seater Cubic Agiactive, which is the top-of-the-range model, fully optioned with a sunroof and in black. My agent checked it out and gave it the all clear, and I knew the bidding limit I gave him meant I was probably going to pay way more for it than any sane person would. So it was all mine, and this was before I had discussed it with my wife, although to her credit she has always been very understanding of my weakness for cars, and she wasn’t surprised to discover that the Cube had already landed in Australia by the time we discussed buying it!

In Japan, the Cube was the top selling car for a number of years, so you see them everywhere over there, but somehow taking it out of that country and plonking it in Australia makes it hilariously funny. I honestly don’t think even my GT-R generates the amount of attention that the Cube does. Kids wave and adults point and do double takes, trying hard to read what kind of car it is. Girls in pink-striped Suzuki Swifts cast envious sideways glances. High school boys give the thumbs up and nod their heads in approval. People stop me to ask what it is at the service stations or whenever I’m parked. The initial reaction is always laughter, and from there it tends to polarise opinion – it either becomes ugly and totally ridiculous, or the coolest thing on the planet. Either way, it never goes un-noticed, so some large promo stickers are high on the list, if only to stop my wife having to constantly explain where they can be purchased.

As anyone who has imported their own car from Japan will know, three months is a long time to wait, so the temptation to jump on Yahoo auctions and spend more money is enormous. For a car as common as the Cube, there is a veritable plethora of aftermarket parts available. Given the car’s intended purpose, my aim was to do the usual TERD mods – Tint, Exhaust, Rims, Dumped. The first purchase was a set of Cusco Vacanza coilovers, which are specially designed for small vans – low spring rates but very good adjustments for height and camber. For wheel selection, I found that Cube owners in Japan, as a general rule, are fairly tame with their sizings and offsets, so there were plenty of 15×6” and 16×6.5” wheels available, but very little to choose from once things got a little more extreme. The Toyota bB on the other hand, runs the same stud pattern but lower offsets from the factory, and their guards regularly swallow much larger wheels than the Cube, so that’s where I began looking.. After flirting with the idea of a JDM race look with a set of Work Meister S1s, I stumbled across a very rare set of wheels that I knew would suit a black Cube perfectly – Work Goocar Hemi, which is a copy of the old Torque Thrust II wheel that is a classic old-school US muscle car design. When you consider the factory alloys are 15×5.5 +48, you will surely understand that buying the Goocars in 17×8 +30 is going to make for fairly interesting times when the wheels finally meet the car.

So in my wondering over how much guard work I would need to do, I spotted a set of factory-option overfenders on Yahoo auctions. I knew for a fact that they were hideously expensive (try 120,000 yen) from Nissan, and that they virtually never popped up second hand. And so, once again, I spent more than I should have to make sure I got them. The extra 17mm they give on each side could come in handy!

No sooner had I convinced myself that I needed to stop spending money on the Cube, up popped an ad on a local forum for a brand new Impul supercharger kit, owned by a bloke who bought the kit but never bought the car! What’s more, it was selling for roughly a quarter of what they are worth in Japan. It’s a complete bolt-on kit with computer supplied to add an extra 40ps (in Japanese terms). A phone call or two had the ‘mystery box’ sitting in my office a few days later. To this day, my wife still has no idea what it is, but with my mechanic friends already suggesting boost increases and front-mount intercoolers, I doubt I’ll be keeping it a secret for much longer. If you happen to read this, honey, please don’t be mad!

First published in ‘High Performance Imports’ magazine, June 2010. Pic at the top is after widening the guards and fitting the wheels mentioned in the article.