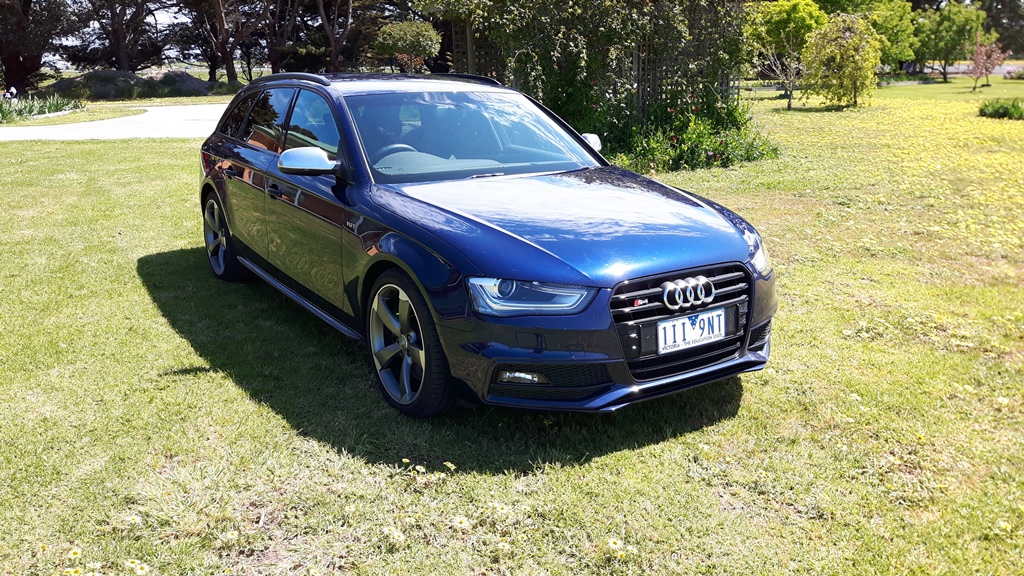 Even the most casual of PI readers will know that the Specialist and Enthusiast Vehicle Scheme (SEVS) allows makes and models not sold in full volume in Australia to be imported in small numbers for enthusiasts like us. It’s the reason why cars like the R33 Skyline now populate our cities in plague proportions. But completely separate to this is the ‘personal import’ scheme which allows Australian citizens living overseas to bring the cars they’ve used overseas back home with them. The big appeal of a personal import is that the world is your oyster as far as choosing your vehicle is concerned – unlike SEVS, there are no restrictions on makes or models.

I will happily admit that the opportunity to bring a car back with me was one of my main reasons for moving to Japan back in 1999. In those days, ex-pats were only required to own their cars for three months (later changed to 12 months) before they could send them back as personal imports, so during our time there, my wife and I managed to send back two MX-5s, a near-new Galant VR-4 (now a common import under SEVS) and a 20B-powered Eunos Cosmo Type E-CCS.

The problem (if you can call it that) with personal imports is that they can be quite a lucrative investment too. Keen-eyed readers will remember the near-new Mercedes Benz S500L that belonged to my boss when I was living and working in Japan – he purchased that car at auction for around twenty-five thousand Aussie dollars, and after spending probably another ten thousand dollars sending it back to Australia, promptly sold it for eighty-five thousand smackeroos. That’s serious profit in anyone’s language.

These days, the prestige market has fallen in a hole, so those sorts of stories are now few-and-far-between, but the appeal still remains – overseas, you have ex-pat Aussies who understand the potential for their cars to make money and supplement their income, and back home, you have cashed-up enthusiasts keen to get their hands on cars that can’t be imported here any other way.

As often happens when people start getting greedy, things got out of hand. Businesses started advertising to Aussies living overseas to ‘buy’ the right to register cars in their names and store them for 12 months, and then advised their customers in Australia that they could source any car the customer wanted for the right money. I distinctly remember seeing a full-page ad in another magazine from an import dealer in Melbourne that was filled entirely with personal imports!

So recently, the Department of Infrastructure (formerly DoTaRS) boffins in Canberra had a meeting to work out a way of stemming the flow of ‘questionable’ personal imports into Australia. As a result a number of changes to the regulations were implemented. These changes were made without any industry consultation, and were quietly slipped onto the Infrastructure website without notifying any of the people most likely to be affected by them.

The new requirements are as follows:

After 18 November 2010, applicants may only import one vehicle (under the Personal Imports Scheme) every 5 years. Previously, Aussies living overseas were allowed to import one vehicle every 12 months, which, when combined with the necessary 12 months of ownership, effectively meant that by the time import approval was granted, they were able to send back a car every 15 months or so. For those of you legitimately wanting to bring in a personal import, it’s effectively now one car only for most people, so you’d better choose wisely: once the import approval has been given, it’s a mighty long wait for the next opportunity! There was initial panic from a number of my customers living overseas who had already sent back cars inside the last five years, and who wouldn’t have owned their current cars for 12 months by that point, but a quick check with the staff at Vehicle Safety Standards suggests that the ‘five year gap’ only starts once the importer has brought in a car after the date listed above, and doesn’t apply to cars previously imported.

This change in itself would’ve been enough to wipe out most of the questionable personal imports, but wait, it gets worse.

Applicants must arrive in Australia to become permanent Australian residents and to remain in Australia indefinitely. In other words, if you want to bring a car back as a personal import scheme, you can only do it when you’re coming back here to live too. While at face value it sounds fairly reasonable, there is a sting in its tail – this change to the requirements became effective from the day it was published. In order to best highlight the problems now faced by Aussies living overseas, here is a hypothetical situation:

John Smith purchases an R35 GT-R prior to the announcement, with the intention of sending it back to Australia as a personal import. He drives it like he’s escorting his nana to the bowls club because he’s petrified of crashing it – writing off his current car would mean having to start his twelve months of ownership all over again with another car before it became eligible to send back home. Knowing that it’s cheaper to buy high quality Japanese parts in Japan than in Australia, he embarks on a modification program for his new ride, pumping every spare yen he earns into new goodies.

Blissfully unaware of the changes to the personal import scheme, John then begins saving for the expenses to send his car back home at the end of the twelve month qualifying period, keen to have his car waiting for him in the shed when he decides to return to Australia. Upon applying for import approval, he is told that, because he is not intending to return to Australia permanently (and therefore cannot provide the necessary documentation to prove this), his car is not approved for import to Australia under the personal import scheme.

So where does John go from here? Having pumped all his cash into modifying his R35, he knows that selling the car again locally will mean taking a huge loss on what he has spent, so he’s keen to avoid that option for obvious reasons. Besides, importing is his only chance to own an R35 in Australia, as they are much more expensive to purchase back here. He has already survived twelve months of ownership without writing off his car, but doesn’t want to risk it any further, so he decides to stick his car in long-term storage until he finally decides to return to Australia. The only problem is, he will then fall victim to another change to the regulations:

The 12 month qualifying period must occur immediately before applicants arrive in Australia. In other words, not only must John return to Australia permanently if he wants to bring his car back, he must have been driving his car immediately before his return. Racking up twelve months of ownership then taking it off the road and storing is no longer an option either.

So in John’s case, the changes to these regulations AFTER he has purchased his vehicle will force him to either 1) sell his car locally at a significant loss and give up on the idea of importing all together, 2) keep owning and using his car until he decides to return (owning a car in Japan is a very expensive exercise, so again, he’d be losing out financially) or 3) return to Australia for good before he had originally planned just so he can import his car.