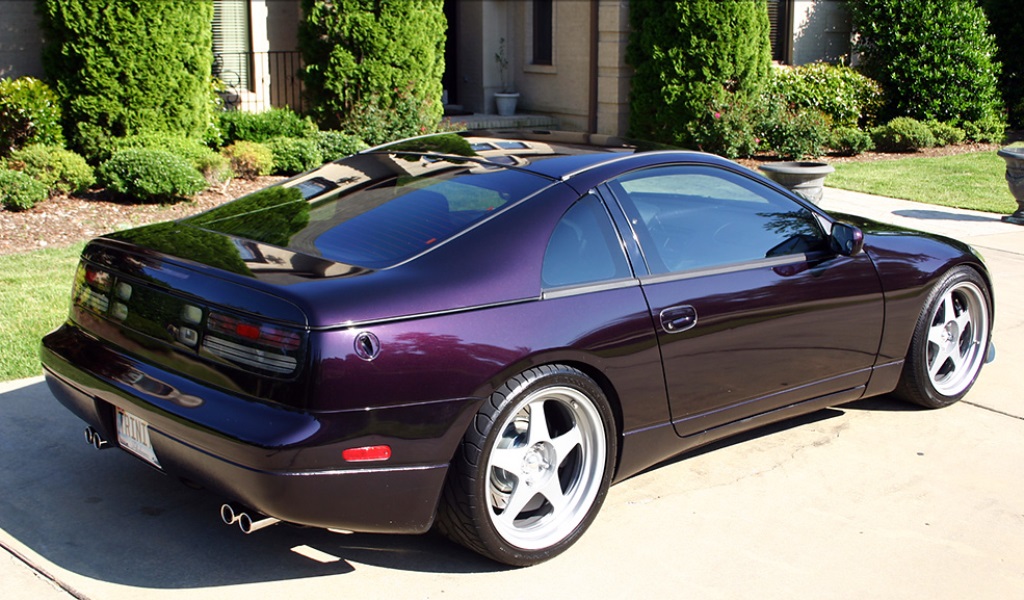 Going back nearly 12 months ago, I received a lovely phone call from a lady I’d pegged to be in her mid-50s. Given that she didn’t fit my normal customer demographic, I very politely listened to her inquiry, whilst preparing to give her the 30-second introduction to importing: “unfortunately, because BMW sold the 3 series convertible here in full volume, we’re unable to import them as used vehicles”. Have you ever had a phone conversation where you can feel yourself being sucked into a black hole, yet you’re too intrigued to hang up? This was one of those conversations. The more she told me, the more I fascinated I became.

It turned out she had bought an Aussie-delivered 300ZX brand new from her local dealer back in 1993, and in the ensuing 15 years, had travelled over 300,000kms in it. For those of you who understand the inherent cooling flaws in Z32s, I was even more shocked to hear that this car had never had a cracked head or an engine rebuild, so clearly this lady knew how to maintain her cars. Her local mechanic, who had worked on the car since new, wisely advised her that it might be time to upgrade her before her mechanical bills became worth more than the car itself. Being rabidly loyal to her current car, logic would’ve suggested that the purchase of a new 370Z would be in order. But that would be assuming that this particular lady hadn’t taken leave of her senses. Yes, her long-term relationship with her current 300ZX was so obsessive that she’d decided to replace it with….another 300ZX!

With most other Aussie-delivered Z32s also having telephone numbers on their odometers, her quest for a mint low-km example was hitherto fruitless. A chance conversation with one of my clients had led her to me, and enjoying the prospect of a good challenge, I foolishly offered to help her find the car of her dreams before she’d given me her full wish list.

To give you a quick history lesson, the Z32 300ZX/Fairlady was sold in both two-seat and four-seat variants in Japan. The two-seat versions, never sold new in Australia, are free to be imported, regardless of the year they were built. The four-seater was sold here in full volume by Nissan themselves, and therefore cannot be imported as a used vehicle unless it was built after Nissan ceased selling them locally. With additional complications meeting Australian Design Rules, the four-seat Fairlady is restricted to build date range of just 15 months – October 1996 to December 1997 – in order to be able to be complied. The Z32 shape was already 7 years old by this point, so it was no longer a big seller, even in Japan. Then there were the myriad of variants available – twin turbo or non-turbo, two-seater or four-seater, manual or auto, targa top or normal roof.

When my lady friend sent through her full list of requirements, it was very clear that I was going to have better luck searching for the abominable snowman. She was after a four-seater (naturally), non-turbo, manual with targa top, less than 50,000km (genuine..) on the clock, and in white, not pearl white. Oh and it couldn’t be too expensive either. In this post-GFC climate, I was hardly in a position to turn down a legitimate lead, so I gave her a fairly vague assurance that I’d have a look around for her.

Well this lovely old lady quickly became the customer from hell, regularly checking up on me to ask if I’d found something for her, but refusing to pay any more than her original budget, despite clearly have the resources to do so. I diligently checked auctions for her every day. After four months, I found her one that was perfect, but was silver instead of white. Her response: “Sorry but the silver just doesn’t look classy enough”. At the five-month mark, I found her another perfect car, but without the targa top: “I never had the targa top on the current car, and I really want it on the new one so I can drive around in summer, sorry”. Having nearly thrown in the towel after 7 months, a splendid vision appeared on my screen – this car was THE ONE. Given how fussy she was, I wasn’t prepared to bid on any car without her express approval, so I rang her, only to get her voicemail. This was the first of about 20 frantic attempts to contact her that morning, all unanswered. She did eventually return my call, about half an hour after the car had sold under our budget at auction, only to ask me why on earth I hadn’t placed a bid!

That was the breaking point for me; I vowed not to continue the search, and prayed that she would just go away. She did, indeed, go quiet for another three months, then rang me to see if I’d found her a car yet, and offered to extend her colour range to include another ridiculously rare factory colour, midnight purple. Seriously, it was like groundhog day. Having not gathered an accurate price on compliance, I discovered that one of the workshops I regularly used was one of only two in the country able to comply the four-seat Fairlady. So I gave them a call, and was in the middle of offloading to them about my impossible client, when they started laughing uncontrollably. As fate would have it, they had a Fairlady in stock that they hadn’t been able to shift for over 12 months. It was a 1997 model in midnight purple, four-seater, manual, non-turbo, targa roof with just 41,000 genuine kilometres on it. It even had the super-rare factory option Recaro seats, as well as an aftermarket exhaust.

Positively orgasmic about this find, I hurriedly rang my client – in fact, in my euphoria, I even offered to fly up to Brisbane to pick it up and drive it back to Adelaide for her! Having sent her 20Mb worth of lovely high-quality photos, my lady friend went underground for a week or two then replied via email that her mechanic didn’t think it was wise for her to “purchase a car with racing modifications”. Once I’d stopped banging my head against the nearest wall, I sent a strongly worded reply telling her that an aftermarket exhaust is quite a common modification in Japan, even for owners who don’t race their cars, and gave her the number for the workshop so that she could liaise with them directly if she wanted to gather any more information on this particular car.

Three weeks after this correspondence, I got a call from the workshop to ask me what the story was with my referral. While I struggled to stifle my own chuckling, they informed me that this dear old lady had been on the phone to them almost daily, asking for the paint code so she could make sure it was the original paint, getting them to fax her a copy of an original brochure to prove that the Recaro seats were indeed a factory option, double checking that the exhaust would still pass a roadworthy in SA, then crunching them a few thousand dollars more on price, before finally agreeing to purchase the car. As you read this, she is, no doubt, very happily driving around in her new purchase while everyone else involved struggles with post traumatic stress disorder. Having finally closed the book on this sorry chapter, how much money do you think I earnt for my 12 months of effort? That’s right, not a single cent.